Why Won't Reef Village Developer Hand Over Titles to Owners?


(Long post but worth a read, all the way to the profane end!):

Reef Village is a development which has taken its share of flak over the years. But, the units are nice and airy, the finishing work is adequate, it's in a great location and the prices appeal to a wide range of buyers. So, what has gone wrong there? Why does it have the appearance of a failed development when in reality people who own and live there are very happy?

Much of the angst has to be directed at the developers. There are a lot of homeowners who have paid in fully for their units but have not received title. I know a really nice couple who own a villa there. They have been promised their title now for well over 6 months and it has yet to be handed over. THE DEVELOPER HAS THE TITLES but for some reason he is holding on to them and making excuses as to why he wont part with them.

To the best of my knowledge he's not trying to borrow money using the titles as security...that would actually be a criminal offense. It looks like he is hanging on to them for reasons of leverage but I can't put my finger on why he would do this.

I call upon the developers to issue the titles to those owners who have paid for their units. There is no reason for this nonsense. If I was a homeowner at Reef Village I would be making this a criminal issue, not a civil one. In Belize once you pay for a property you have to be issued title because that's what it says on the contract. Withholding title is a form of theft and fraud. It is time for the developers to say "Thank-you" to their buyers for their trust in investing there and not "Fuck You" by withholding titles.

Posted by Pelican Properties Ltd. San Pedro, Belize at 9:39 AM No comments:

Ambergris Caye....it's almost perfect - but not quite.


Is it perfect here on Ambergris Caye? It's close but we do have our problems and I don't want to sugarcoat them just because this is a real estate themed page. Everyone knows about the crystal-clear waters, the incredible marine life, white sandy beaches and the warm friendly people but we do have our problems. Tourists and potential buyers know about them and feel them acutely at times. Here's what I want to see get fixed in the next 3 years:

1. Drug dealers in town and around tourist spots such as bars. Get rid of them, we don't need them giving our tourist guests harassment at all hours of the day. Drugs are ILLEGAL in Belize but if a tourist wants to score some pot perhaps he or she should go and look for it rather than be confronted by it every step they take. Drug dealers  and drugs pretty much account for 90% of the crimes committed on the island. I'd love to see them eliminated altogether, it isn't going to happen but let's at least keep them away from our valued tourist guests.

2. Our roads: The government, both local and national, need to pave our arterial roads without delay. These roads are an embarrassment to tourists and residents alike. Heck, the Romans built roads in Europe which are still there more than 2000 years later. By "Arterial Roads' I mean the road from the bridge to Las Terrazas, the road through San Pablo to the end of DFC and the road which runs past Pedro's through to the gas station. Once these are done then 99% of the population of Ambergris Caye will be no further than a few hundred feet from a paved road which will certainly make for pleasant journeys for our residents and tourists alike.

3. Our beaches continue to be trash strewn in places on the island. It doesn't look good. Private landowners need to keep the beach in front of their property clean otherwise they should be billed for the Town Council to do it.

Posted by Pelican Properties Ltd. San Pedro, Belize at 6:32 AM No comments:


Now for the good news about paying your Ambergris Caye property taxes. As some of you may know from experience you mail your check to the San Pedro Town Council along with your property tax statement. And then.....nothing happens.
The check is or isn't cashed but no acknowledgement or receipt is forthcoming from the Town Council. We have seen this time and time again.

If you don't live on island, next time you want to pay just email us at info@pelicanproperties.com. We'll get it done for you. Scan and email a copy of your title or your last tax statement (so we know it's your property!). We will get the latest tax statement from the Town Council and scan/email it to you.

Now you just mail us a bank draft (cashier's check) made out to "San Pedro Town Council" and not only will we ensure the bill gets paid but we will also email you the receipt along with a NEW tax statement confirming the payment.

Our fee for this service is ZERO. No catches, no gimmicks. It's 100% gratis.

Posted by Pelican Properties Ltd. San Pedro, Belize at 6:55 AM No comments:

About time I wrote something...today it's some sage advice on paying your property taxes here in San Pedro. This is a long post, bear with me:

1. Go to the Property Tax desk.
2. Ask for your computerized tax statement EVEN IF YOU ALREADY KNOW HOW MUCH YOU HAVE TO PAY.
3. If 'The System Is Down" and they can't print out a statement then find out when it'll be working again and WALK OUT.
4. If the

property tax person prints you out an up to date statement (ie. the system is working) take it to the Cashier and pay your tax bill.
5. VERY IMPORTANT: Take the receipt back to the Property Tax desk and have the tax person input the amount paid into the system and print you out an updated statement showing a zero balance.

Here's why all of this is so vital: Over the past few years the Property Tax system has been subject to frequent outages. Paying your tax bill and getting a hand written receipt is no guarantee that the Town Council will later input it into the system. At a later date you might end up paying twice over simply because it's easy to forget you paid in the first place. Or, you might sell the property and the closing agent gets a statement from the Town Council claiming you owe taxes even though you've paid.

If you're living abroad it's even harder because now you have to send in your check and hope the San Pedro Town Council credit your account. We have seen lots of the time they fail to do so.

More on this subject tomorrow. I will have good news for you.
Posted by Pelican Properties Ltd. San Pedro, Belize at 6:48 PM 2 comments:


Here's a FANTASTIC deal. "Ladybug Plant Nursery" has been drastically reduced in price...from $125,000US to an incredible $45,000US. The business makes a modest profit. There's room for more profits for someone with a real love of plants and a dedication to working hard. 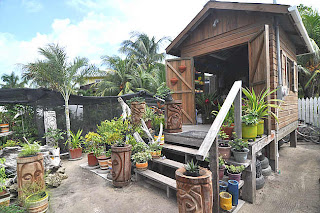 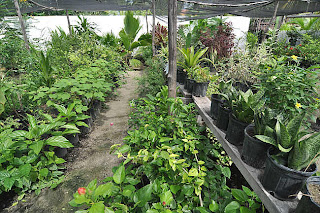 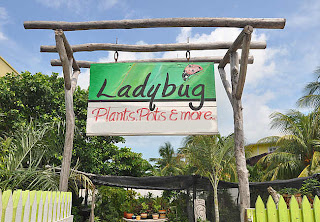